THE DISCOVERY OF MARINE PLASMA

The discovery of Marine Plasma dates back to the early 1900’s and is linked directly to the theoretical and empirical work of Canadian, Biochemist, Archibald Macallum and well known French visionary, René Quinton.

From this work emerged a genuine body fluid replacement that would prove invaluable during epidemics and episodes of malnutrition. Marine Plasma would be featured in the Vidal dictionary as a medicine until the 1980’s.

Genuine Marine Plasma from France was introduced first to Canada and the USA in the late 1980’s by Myriam Biss, professional homeopath, owner and creator of Quinton America.

Life began in the oceans...

Tape into the very origin of life. Experience the most complete, harmonious and highly bioavailable source of minerals, electrolytes and trace elements. Try our Pure Marine Plasma®

From its discovery in 1904, we refined marine plasma to make it safer, more stable and efficacious than ever.

Below is a table that illustrates the main differences between mere seawater products and true pharmaceutical, efficacious, stable and safe, BIOCEAN® Pure Marine Plasma. 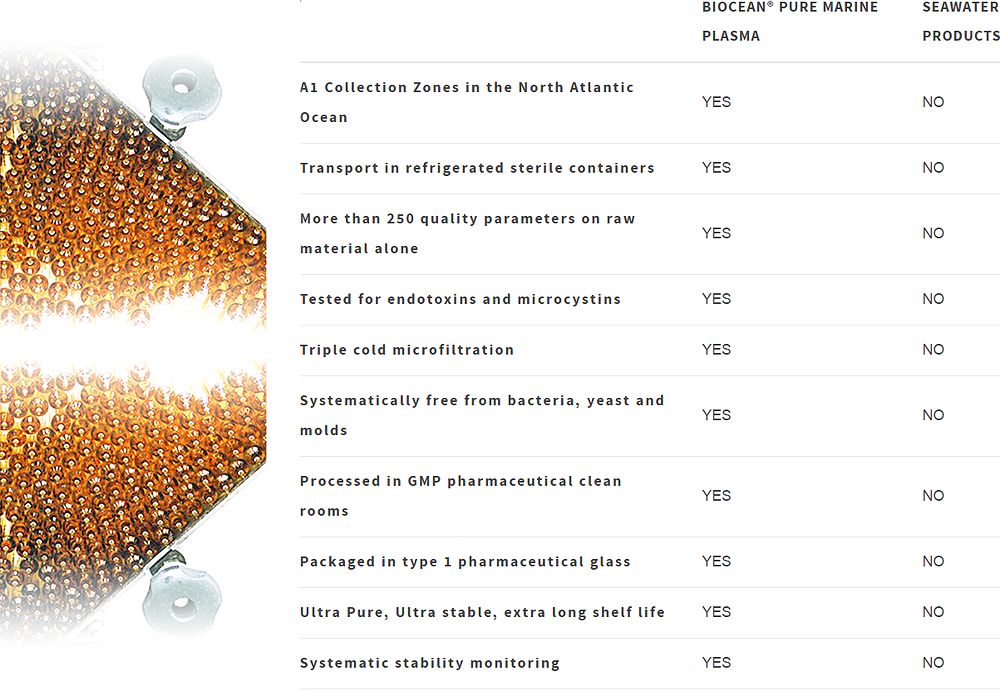